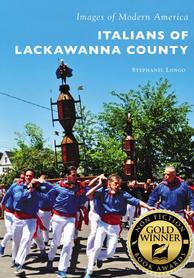 Every Labor Day weekend, hundreds of thousands of people flock to Courthouse Square in Scranton for the largest ethnic festival in northeastern Pennsylvania: La Festa Italiana. The Italians of this region have been proudly celebrating their heritage since their arrival in this country with traditional festivals, including La Corsa dei Ceri in Jessup and Dunmore's procession in honor of St. Rocco. Using vintage and recent photographs, this book shows how the Italian immigrants to this area, some of whom arrived with little more than the clothes on their back, became well-respected community leaders. Through hard work and dedication, they have made northeastern Pennsylvania into an area that defines the term "ethnic pride." 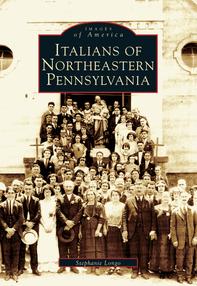 From its days as a small village named Bucktown to its 150th anniversary in 2012, the borough of Dunmore is more than just a suburb of Scranton. Boasting an ethnically diverse population and several of the best schools in the commonwealth of Pennsylvania, Dunmore has come a long way since changing its name from Bucktown in the hope of receiving financial assistance that never came. Using vintage photographs, this book aims to celebrate not just the town's history but also its people. The photographs depict lives of earlier generations who share one thing in common with their modern counterparts: their pride in their hometown.

WINNER OF A GOLD AWARD IN THE NONFICTION BOOK AWARDS AND IN THE LITERARY TITAN BOOK AWARDS!

Boasting one of the nation’s largest and most diverse Italian American populations, Lackawanna County, Pennsylvania, joins old and new with events such as La Corsa dei Ceri or St. Ubaldo Day in Jessup and La Festa Italiana on Scranton’s Courthouse Square. Every town in the county with an Italian population has its own story. Whether the people can trace their origins to Guardia or Gubbio, Felitto or Perugia, the Italians of Lackawanna County all share one thing in common: a strong sense of pride in their ethnic origins. In this book, readers will find familiar images of summertime traditions, as well as new representations of how the region’s Italian community seeks to preserve its heritage. 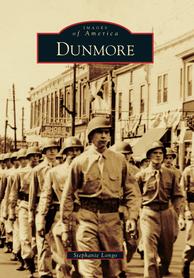